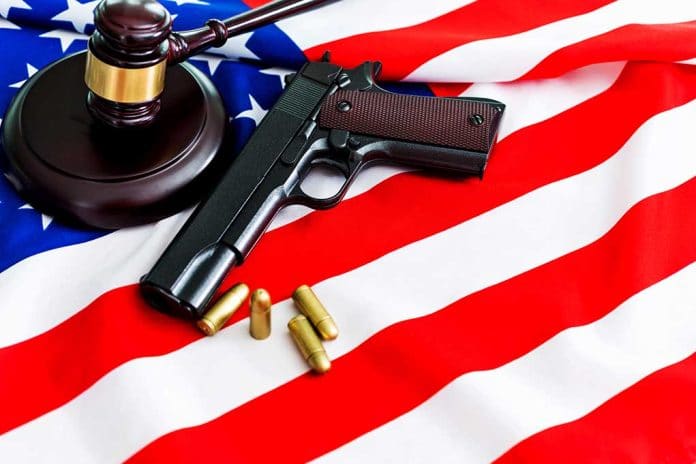 (RepublicanDaily.org) – President Joe Biden has never made a secret of his ambitions to limit Second Amendment rights. In April 2021, just a few weeks after he took office, he published a sweeping executive order placing various new restrictions on vendors, owners, and firearms users. Now, his administration is targeting the gun community yet again.

On Monday, January 3, the Department of Justice (DOJ) issued a statement regarding a “new rule to enhance safe and secure storage of firearms.” This regulation will require all federally-licensed weapons vendors to carry storage options suitable for housing all weapons they stock. These facilities can come in the form of a safe, gun safe, lock box, gun case, or any other device that can securely lock and protect its contents from those who should not have access to them. The new directive provides official codification for a pre-existing rule that already applies to new Federal Firearms License applicants under the Gun Control Act of 1999.

Second Amendment advocates and industry insiders have criticized the new rule. They say it will place unwelcome strain on gun vendors, making it more difficult for them to conduct business as normal, including buying stock they may not sell.

However, according to Attorney General Merrick Garland, the move will increase gun safety and reduce the risk of weapons falling into the wrong hands.

The new requirement will take effect in February.