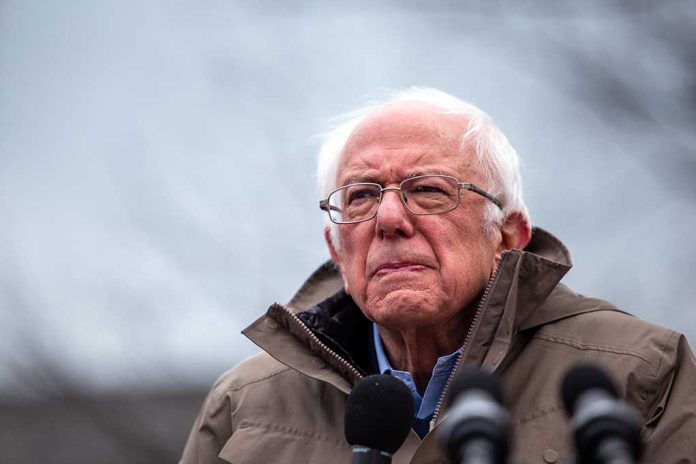 (RepublicanDaily.org) – Last week, Senator Kyrsten Sinema (I-AZ) threw the Democrats’ post-midterm plans into a spin when she abruptly quit the party and registered as an independent. Now another independent senator has turned on her, criticizing her for leaving a party he hasn’t even joined himself.

On December 11, Senator Bernie Sanders (I-VT) told journalists Sinema is a “corporate Democrat” who had sabotaged President Biden’s legislative agenda. According to the veteran socialist, who caucuses with the Democrats, but has always refused to actually join the party, Sinema had probably decided to leave the Democrats because Arizona party members were “not all that enthusiastic” about her.

Sanders highlighted that Sinema and fellow moderate Democrat Senator Joe Manchin (D-WV) had refused to vote for some of Biden’s legislation, including pushing the minimum wage to $15 an hour, and accused her of being unwilling to take on powerful interest groups.

Arizona law says Sinema can’t run as a Democrat candidate if she’s registered as an independent, so the party is free to run another candidate against her in 2024 — and Sanders said he’d “take a hard look” at supporting that candidate. Of course, by 2024, he might have many more candidates to support, because Sinema isn’t alone.

Since the start of December, three more elected Democrats, two city council members and a West Virginia state senator, have all defected to the GOP. Exasperated Democrats, fed up with their party’s drift to the left, are leaving it — and it’s going to take more than an antique Vermont socialist to change their minds.