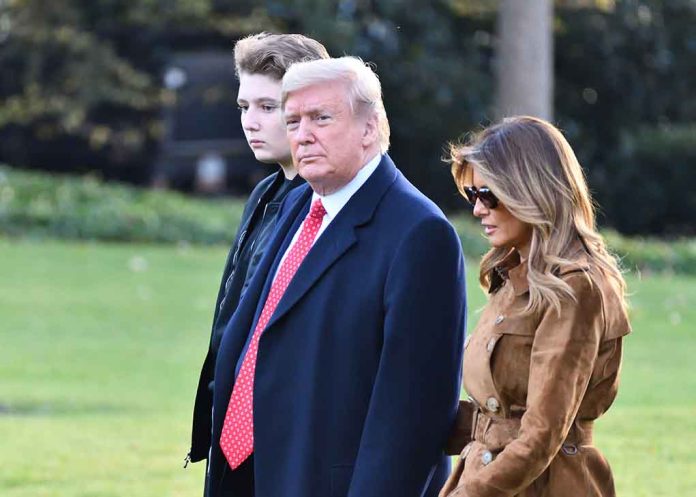 (RepublicanDaily.org) – The August 8 raid on the private residence of former President Donald Trump has caused major controversy among ordinary Americans. Some believe the operation was justified, while others think it was a political stunt orchestrated to damage Trump and timed to benefit Democrats in the upcoming midterm elections. Recent statements by the former president himself have shed new light on the extent of what happened that day.

During a rally for Dr. Mehmet Oz, a Trump-backed candidate who’s running for US Senate in Pennsylvania, the 45th president revealed FBI agents had searched the bedrooms of his wife Melania and his 16-year-old son Barron. Trump was sharply critical of what he called a “deep and ugly search” of his son’s private belongings, claiming the teenager’s things were left “in far different condition.”

The former president went on to opine that the Department of Justice (DOJ) and the FBI were now “vicious monsters,” and that Liberals, attorneys, and Left-wing media outlets were the ones pulling the strings. He pointed at media reporters in the audience while making this comment, drawing jeers from his supporters in the crowd.

BREAKING: Donald Trump says the FBI did a “deep and ugly search” of 16 year-old Barron’s room during the raid on Mar-a-Lago. pic.twitter.com/qLNgHsxXVy

Do you think the FBI’s search operation was an infringement on the privacy of the Trump family, or was it justified?