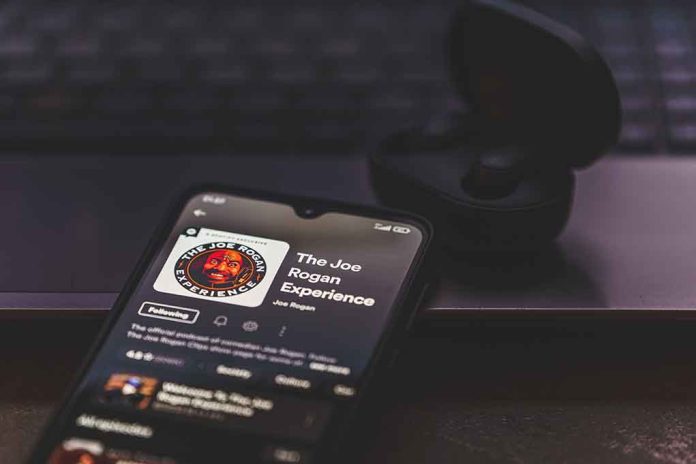 (RepublicanDaily.org) – Podcast and stand-up comedy giant Joe Rogan has had his fair share of detractors over the last couple of years. After the massively successful “Joe Rogan Experience” became a Spotify exclusive, his views on sensitive topics like vaccination mandates and the participation of trans women in female sports attracted the scrutiny of liberal commentators. However, their attempts to damage him and Spotify appear to have failed miserably.

Five months after music group Crosby, Stills & Nash announced it was taking its music off Spotify in protest against Rogan’s podcast, the band has quietly rejoined the streaming platform. Tracks from the act reappeared on Saturday, July 2. According to an insider source quoted by Billboard, the group will donate its Spotify proceeds to COVID-19 charities for a minimum of one month.

Crosby, Stills & Nash’s departure from the content streamer followed similar moves by other high-profile music acts, including Neil Young and Joni Mitchell. Despite this, though, Spotify did not budge from its support of Rogan’s podcast, which has since remained a firm favorite. Spotify CEO Daniel Ek did pledge to spend $100 million on the promotion of diversity after old clips of Joe Rogan using the n-word resurfaced.

Is this further proof that “cancel culture” simply doesn’t work?