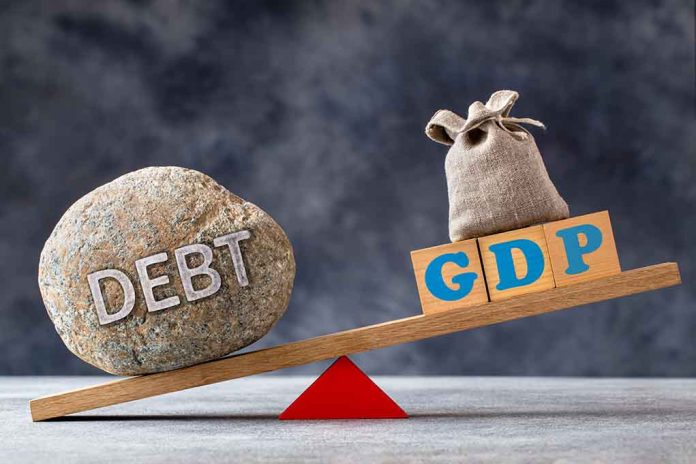 (RepublicanDaily.org) – U.S. Treasury Secretary Janet Yellen states that the U.S. could default on the national debt by June. As the crisis looms, lawmakers call for debate and planning to avert a debt default.

Yellen warned that the U.S. would soon max out its national debt limit. The U.S. Debt Clock is currently at $31 Trillion dollars.  National debt will reach $31.38 trillion by January 19, Fox Business reported.

Yellen states that the Treasury Department would use “extraordinary measures” to avoid default.

Roy states that his colleagues must have a “crucial, full debate” on the debt ceiling and deficit spending. He warns that more was being spent on interest and debt than national defense.

As Congress debates fall behind, GOP Representative Don Bacon told MSNBC the Republicans and the Biden administration must “sit down and have an honest talk” about the debt ceiling. He says that Biden refuses to negotiate around the potential debt ceiling raise, while some of the Republicans want “100% of what they want.”

Bacon explains that the statesmen need to meet a common ground to move forward. He says that the debt level will have to rise because that is what the economy needs to avoid default. Bacon explains that the Republicans need to find a middle ground with the Biden administration to commit to a clear path forward on bringing debt and spending levels down.