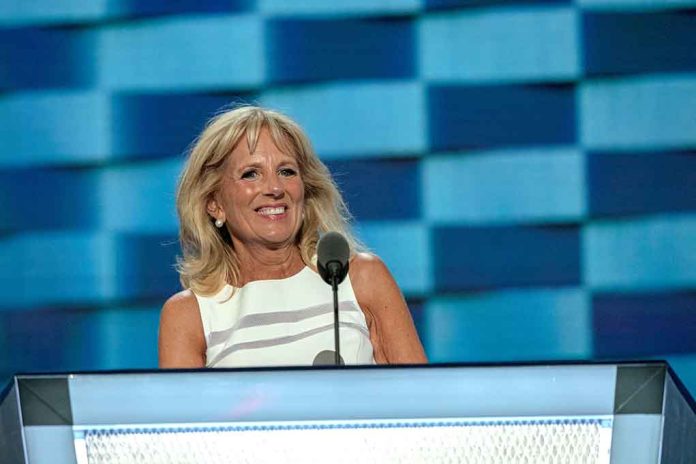 (RepublicanDaily.org) – The First Amendment to the US Constitution expressly protects the “freedom of speech.” Increasingly, however, individuals engaging in commentary viewed as offensive are subjected to various types of punishment, including the loss of their jobs or businesses. This was exactly the case for one retired Army general who posted a tweet accused of mocking First Lady Jill Biden.

Reports have revealed retired Lt. Gen. Gary Volesky’s contract to provide mentoring services for soldiers was suspended following a sarcastic tweet he posted in response to Jill Biden. Mrs. Biden published the below tweet criticizing the US Supreme Court’s decision to overturn Roe v. Wade, removing legal protections for abortion at the federal government level. Volesky’s response, according to a report from Breitbart News, read “Glad to see you finally know what a woman is.”

For nearly 50 years, women have had the right to make our own decisions about our bodies.

Today, that right was stolen from us.

And while we may be devastated by this injustice, we will not be silent. We will not sit back as the progress we have already won slips away.

During his service in Iraq, Gary Volesky earned the third-highest military honor for valor in combat.

The military branches have not sanctioned various serving operatives who have criticized the SCOTUS ruling. A statement from the Army claimed the branch allows politically heated commentary from its service members as long as this commentary does not affect workplace conduct or discipline or target a specific party or candidate.

The Army did not immediately respond to a request from Breitbart News for comment on Volesky’s case.

Do you think Volesky’s suspension is fair under the circumstances?