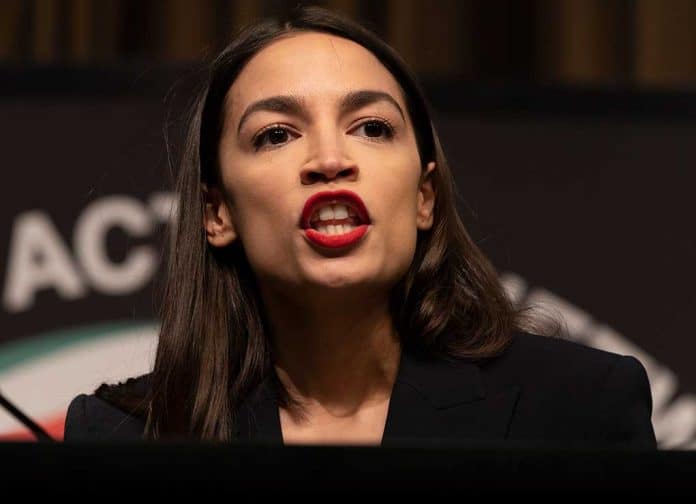 (RepublicanDaily.org) – Last week, Texas conservatives celebrated as a law introducing severe restrictions on abortion took effect despite legal challenges. The legislation bans terminations after detecting a heartbeat, which occurs as early as five or six weeks. Unsurprisingly, Rep. Alexandria Ocasio-Cortez (D-NY) has something to say on the topic.

On Wednesday, September 1, AOC criticized the new law. In a statement on Twitter, the congresswoman claimed the legislation had the effect of overturning Roe v. Wade, the US Supreme Court precedent that guarantees access to abortions in America.

Republicans promised to overturn Roe v Wade, and they have.

Democrats can either abolish the filibuster and expand the court, or do nothing as millions of peoples’ bodies, rights, and lives are sacrificed for far-right minority rule.

This shouldn’t be a difficult decision. https://t.co/GcEjkxt3gs

The firebrand congresswoman believes the solution to the problem is to abolish the Senate filibuster. That rule requires 60 of 100 senators to vote to pass most types of legislation, rather than a simple majority of 51. Both parties have decried the filibuster in the past. Given the razor-thin margin in the Senate since the last general election, Democrats have pushed for its abolition repeatedly in 2021.

However, not every party member wants to see the filibuster go. Moderate Sens. Joe Manchin (D-WV) and Kyrsten Sinema (D-AZ) have both indicated they support maintaining the filibuster.

President Joe Biden has previously said he supports reforming the filibuster, but he hasn’t advocated abolishing it completely. However, like AOC, the president has been strongly critical of Texas’ new abortion law, saying his administration is “deeply committed” to preserving the right to choose. Meanwhile, Texas is moving forward with its law to protect life.