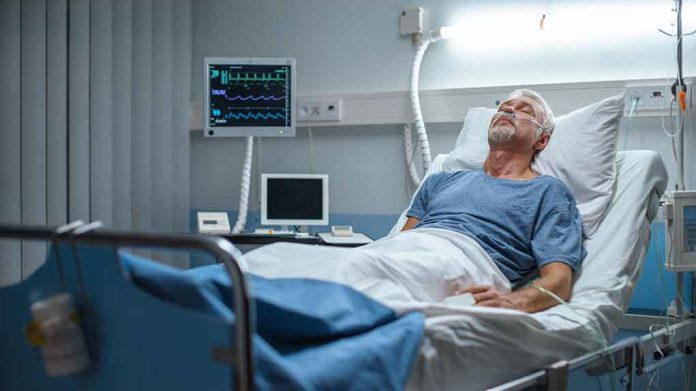 Monkeypox Victims All Have One Thing In Common

(RepublicanDaily.org) – The COVID-19 virus has receded significantly from the public consciousness this year, but media outlets are now reporting an increasing number of cases of monkeypox across the United States and other parts of the world. A strange feature of the pattern of monkeypox cases across the world has shown most infections among gay men, and policymakers are struggling to decide what to do with this new knowledge.

The UK Health Security Agency (HSA) recently published the results of a study it conducted on individuals who contracted monkeypox. Of the 152 participants who answered detailed questionnaires, 151 indicated they were gay, bisexual, or men who have sex with other men. The other subject did not respond to this part of the questionnaire.

📝 152 cases participated in more detailed questionnaires. All were men.

📝 151 of those interviewed identified as gay, bisexual or men who have sex with men, or reported same sex contact.

Officials are now divided over how to advise the public about this trend. Some have warned that advising gay or bisexual men not to engage in sexual activity with other men may be seen as homophobic. They also worry about attaching a stigma to the LGBTQ community.

However, other critics posit that this is the only sensible course of action, given the statistics that overwhelmingly show how prevalent monkeypox is among gay and bisexual men compared to other demographics.

What do you think is the right course of action to pursue here?