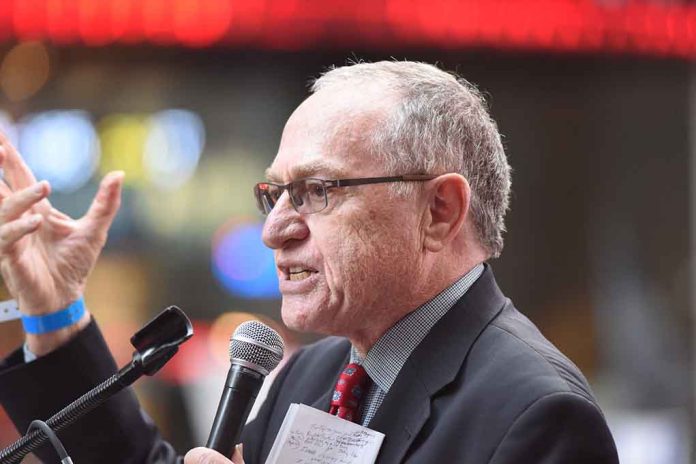 (RepublicanDaily.org) – More than 18 months have passed since former President Donald Trump left office, yet Democrats and liberal commentators appear as obsessed as ever with going after him. According to Alan Dershowitz, a high-profile constitutional lawyer and professor emeritus at Harvard University, some of their efforts are completely out of touch with reality.

In an exclusive interview the attorney gave with Just the News, he highlighted a number of cases in which Trump critics have accused the former president of supposed crimes Dershowitz believes aren’t crimes at all. One example he used was legal expert Laurence Tribe alleging Trump was guilty of the attempted murder of then-Vice President Mike Pence on January 6.

"The thing most upsetting to me as a liberal Democrat and civil libertarian is how hard they're searching for a crime,"
——— Dershowitzhttps://t.co/5Go5yDCNdB

Dershowitz stressed his belief that pursuing legal witch hunts against public figures without real evidence of wrongdoing could begin a dangerous trend with implications stretching far beyond Trump.

The January 6 Committee’s public hearings have explored many of the former president’s activities prior to the riot in minute detail. A number of individuals who gave testimony, such as Trump White House aide Cassidy Hutchinson, made statements the media have interpreted as damning of the former president. Yet, according to Dershowitz, “there was no cross-examination … we got a one-sided story.”

Do you think Alan Dershowitz, who describes himself as a liberal, has the right ideas about Donald Trump and his critics?