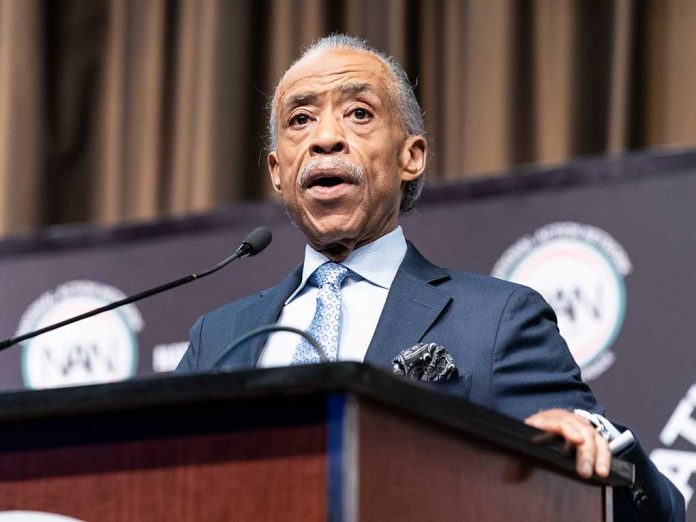 (RepublicanDaily.org) – Former President Donald Trump has recently been under fire from every corner over a dinner he hosted at Mar-a-Lago with musician and designer Ye, who has recently issued a tirade of antisemitic statements. Nick Fuentes, a high-profile white supremacist and antisemite, was also at the dinner. One of Trump’s loudest critics has been Democratic ally, Rev. Al Sharpton. However, Sharpton has a history of his own when it comes to antisemitism.

What Did Al Sharpton Say?

Sharpton gave an interview with The Root, which the publication posted on Tuesday, November 29. During, he cast doubt on the former president’s version of events surrounding the controversial dinner. He dismissed Trump’s claim he didn’t know Nick Fuentes prior to the visit in Florida, highlighting that he was familiar with former presidents and that the process for meeting them in person involved analysis and vetting by Secret Service agents.

Sharpton also told The Root that Florida Governor Ron DeSantis (R) had failed in his duty to condemn the dinner, as it happened in his state. He accused DeSantis of being a “junior version” of Trump and joked that the governor had developed “political laryngitis” around the topic of the Mar-a-Lago dinner.

The Left-wing personality made similar remarks about Trump’s dinner during an appearance on MSNBC, stating Fuentes could not have made it into the house without an extensive background check unveiling his identity and public statements.

Before the dinner, Sharpton had condemned Ye’s antisemitic remarks and claimed brands should stop working with him.

Though, cast stones as he might, Sharpton is far from free of controversial statements. Leonard Jeffries was a professor at City College in New York in 1991 when he delivered a speech slamming the Jewish community. He alleged Jews were responsible for damaging the black community, both by financing slavery and running the entertainment business in Hollywood in a way that was detrimental to African-Americans.

Naturally, many people criticized what he said; however, Al Sharpton jumped to his defense. He instructed any Jewish critics of Jeffries to “pin their yarmulkes back and come over to my house.”

Shortly after that, Sharpton encouraged an anti-Semitic riot in the Crown Heights area of Brooklyn after a Jewish driver fatally injured a black child whom he hit with his car. The leader reportedly refused to condemn protesters chanting overtly anti-Semitic slogans.

How do you think Donald Trump should handle the ongoing controversy around the dinner with Ye and Nick Fuentes? Has he addressed it adequately, or does he need to provide further clarification to his supporters about what happened?