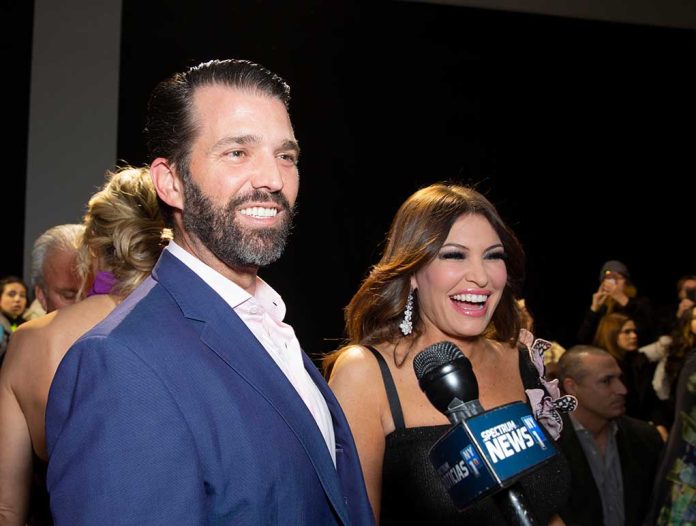 On December 30, a Left-wing Twitter account called PatriotTakes shared a video of Donald Trump Jr warning that America’s Judeo-Christian values are “under attack” and recommending the new We The People Bible. This edition of the holy book uses the traditional King James translation and also includes copies of the US founding documents — the Constitution, Declaration of Independence, Bill of Rights, and Pledge of Allegiance. Trump Jr. says the $60 Bible is printed and assembled in America; it features the words of Jesus Christ highlighted in red and has a leather cover emblazoned with the US flag.

Predictably, Trump Jr. faced criticism for throwing his support behind the new Bible — and some of that criticism came from Rep. Kinzinger, one of Trump Sr’s most consistent opponents in the GOP. Kinzinger was, notoriously, one of only two Republicans on the House’s January 6 Committee and supported the committee’s Democrat-led campaign to smear the former president.

The fact that some Christians dont see the problem here is more affirmation that it’s not the GOP that has failed Christians, it’s the church.

Good Pastors and Priests rise up and call this out. https://t.co/OKRFxRdNhd

Retweeting the message from PatriotTakes, Kinzinger said that Christians who approve of Trump Jr. promoting the Bible is “affirmation” that the church has failed Christians. He called on “Good Pastors and Priests” to “rise up” against Trump Jr. and the We The People Bible project.

Some religious leaders are also critical. One Episcopalian preacher on Twitter complained that Christianity is not about “ego, idolatry and empire” and slammed the new Bible as “partisan.” However, other social media users were more supportive, with one backing Trump’s claim that America’s Christian foundations are under attack.